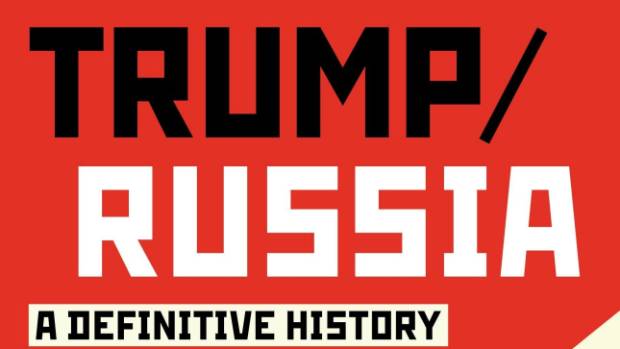 Trump/Russia: A Definitive History by Seth Hettena
My rating: 5 of 5 stars

“Trump/Russia: A Definitive History” written brilliantly by reporter Seth Hettena is a very well sourced and investigative exposé which takes the reader on the journey of Trump’s life through his business dealings and shady connections going back 10, 20, 30 years in time. In doing so, the author enables us to better understand the character and nature of the man and the ways in which he is compromised and most probably an asset to Vladimir Putin.

As someone who is well versed and knowledgeable with the background of Donald J. Trump, I did not have high expectations before reading this book. I have read other books about the background and life of Donald Trump, but Seth Hettena provides a more detailed perspective and background, which includes interviews of dozens of pertinent individuals providing the reader with the intricate details of the mobsters that Donald Trump has come across in business relationships his entire life. Whether it was looking the other way and allowing people with nefarious backgrounds to buy and launder their money through Trump Tower to the shady individuals that Donald Trump has formed business relationships with, this book allows us more fully understand the characters involved.

Based on all the publicly available facts and evidence, I believe that Donald Trump’s Achilles heel that will bring him down and remove him from office is through his illegal financial dealings and money laundering activities going back decades and comprised largely of Russian oligarchs tied directly to the Kremlin and now Vladimir Putin. These illegal financial transactions that Donald Trump has been able to weasel himself out of and avoid criminal prosecution have been set up through elaborate networks of shell companies that have enabled him to avoid detection. I believe that he will no longer be able to avoid justice once the American public knows the full nature of these connections.

The biggest myth of all in Donald Trump’s entire life is that he has been a good businessman. Nothing is further from the truth. Donald Trump his entire life has been a con man that has barely survived in getting by. Once American banks and lenders caught on to his delinquencies and would no longer lend him a penny, he relied on what he was familiar with and that was dirty money coming from sources throughout the world, but particularly from then Soviet Union which is now the present day Russia. Following the collapse of the Soviet Union, wealthy Russian oligarchs had to park their monies outside of their motherland and found the best place to be with someone like Donald Trump who did not care that the money that they were providing in purchasing cash transactions at Trump Towers and his other properties funneled through illicit channels. Seth Hettena in this brilliant book takes us on the journey of these odious and corrupt individuals with criminal backgrounds and the nature of the relationships that they had with Donald Trump. As the author notes, “the chaos that followed the collapse of the USSR saw Russia’s gangsters emerge into the daylight and take their place in the new ruling class of the country (Hettena, 15). Moreover, he continues, “In Russia, one cannot tell the difference between the activities of the government and those of its organized-crime groups” (Hettena, 16). Understanding the nexus of these relationships and the details of these individuals enables the reader in better understanding the intricate relationship and financial entangled webs that make Donald Trump a compromised and illegitimate President beholden to the Kremlin and to Vladimir Putin himself.


View all my reviews