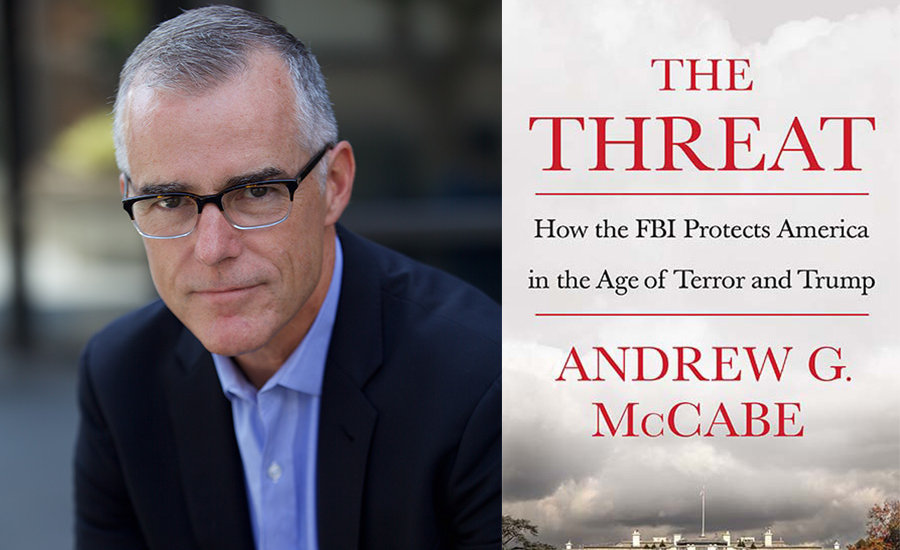 The Threat: How the FBI Protects America in the Age of Terror and Trump by Andrew G. McCabe
My rating: 5 of 5 stars

“The Threat” by Andrew McCabe was a wonderfully written account of this senior FBI agent’s life and career and how it juxtaposed with the Russian mafia and in essence ended with the Russian mafia. Early in his career working as an attorney, Mr. McCabe decided that joining the FBI was something that was so innate to who he wanted to be as a person that he took a massive pay cut in order to join the bureau. He started off as a street agent in the New York Field office in 1996 investigating crimes liked to the Russian mafia and associated organizations. At the very end he was responsible in helping to navigate the Trump/Russia investigation which was the biggest mission of his life. This took a drastic turn when former FBI director James Comey was fired and he was then given the responsibility as the deputy acting director for the Federal Bureau of Investigation. As Mr. McCabe explains in his book, “my first major case as a newly sworn-in special agent concerned organized crime from Russia. And the ultimate Russian criminal organization – the Russian government itself – created the last significant issue I faced as acting director: interference in U.S. elections, the mechanism of our democracy, which resulted in the appointment of a special counsel to investigate this assault on this country’s core values.”

In the era of Donald Trump, so many of us within the general population have seemingly become so numb to the types of Presidential norms that this President violates and breaks on a seemingly daily basis. In doing so, this has arguably weakened the office of the Presidency of the United States both domestically and internationally in terms of the prestige and democratic norms which have long governed conduct. Arguably much worse than even this is the very real possibility that we currently have a President in the White House who is whether wittingly or unwittingly an asset of the Russian federation. The actions that Donald Trump takes when it comes to Vladimir Putin is not one that puts our national security interests and the dedication of the men and women of the IC ahead of Vladimir Putin and the objectives of the Russian federation. Mr. McCabe was put in a unique position to ensure that the flow of information was able to flow without it being able to be hidden from the American IC and the American people due to the paper trail that he created. In addition to notifying the “Gang of Eight” about the Trump/Russia investigation, Mr. McCabe nudged the investigation enough for Rod Rosenstein who oversaw the Russia investigation to appoint a special counsel. That Special Counsel that is tasked with the most important mission of his life is Robert Swan Mueller, III.

“The Threat” by Andrew McCabe is more than just a Donald Trump thriller but is a story of a mission of one man who through the choices he made along with happenstance played a pivotal role in our nation’s history. Additionally, Mr. McCabe takes us on vivid scenes reenacted in his book from the bizarre meeting with Donald Trump in which he asked him who he voted for and Donald Trump questioning what he thought of his wife being a “loser”. The book paints the scenes of a malignant narcissist who is insecure, petty and anti-intellectual. As Mr. McCabe notes, “Fear is why the president still has a map of his electoral college victory handing outside the door to the Oval Office” so that every time a person enters his office, they are forced to reaffirm his “amazing” victory. The most vivid parts of the book for me personally were the times in which he related to and shared his experiences with then FBI director Robert Mueller. He paints Mueller as a meticulous, disciplined, thorough and painstakingly intricate individual will undoubtedly get to the truth and the whole truth of the extent of Donald Trump’s treachery to our country and to our people.