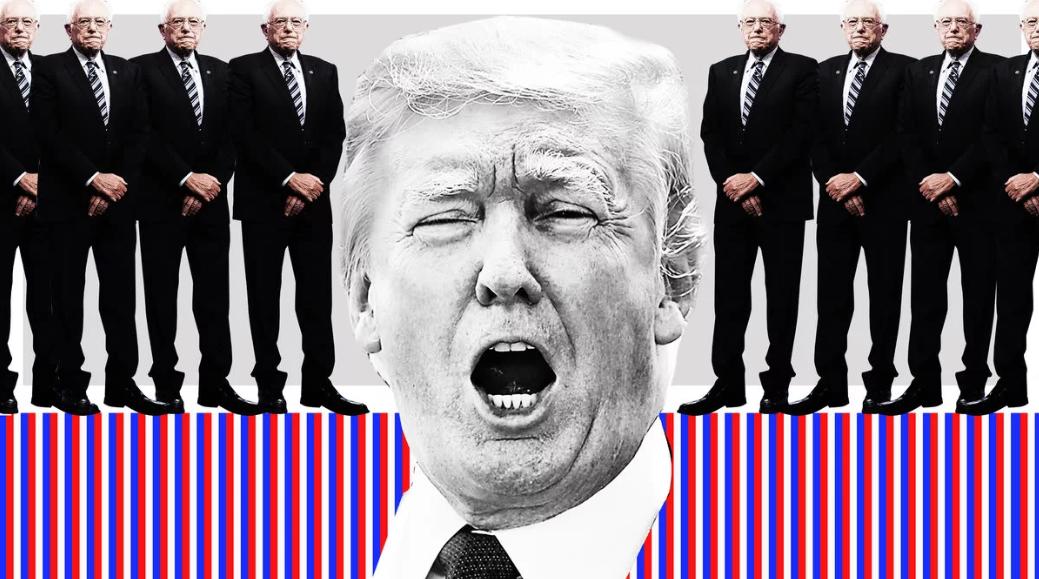 Close your eyes for a moment and imagine that Bill Clinton had written a “literary” essay commenting on gender stereotypes by writing a detailed essay on the fantasies of gang rape. Would that not been brought up before he was nominated as the nominee for his party to be President of the United States? What if Bill Clinton had a sordid past of praising left-wing communist dictatorships? Now close your eyes and imagine if Mr. Clinton had spent his honeymoon in the Soviet Union and praised the virtues of such a system of government that suffocated human freedoms and progress?

Just imagine if Mr. Clinton had written what Mr. Sanders had in a 1972 essay: “A man goes home and masturbates his typical fantasy. A woman on her knees. A woman tied up. A woman abused. A woman enjoys intercourse with her man — as she fantasizes being raped by three men simultaneously … Do you know why the newspapers with the articles like ‘Girl, 12, raped by 14 men’ sell so well? To what in us are they appealing?’’

The point of this piece is that the media has given Bernie Sanders a free pass for a myriad of reasons such as not trying to ‘offend’ his supporters. Additionally, such past writings are really not substantive and would have no implications of his running the office of the presidency. The point is that the media by giving Mr. Sanders a free pass by not delving into his past appropriately has placed our nation in peril now that he is a front-runner for the nomination of a major party in the most consequential election in our lifetimes. The many unknowns of the past of this socialist ‘revolutionary’ will come to light should he become the nominee of a party that he has never been a part of. After all we have gone through as a nation, why is it that Vladimir Putin and Donald Trump are propping up Mr. Sanders in their quest to have him as the opponent for Mr. Trump?

One thing is clear: a Bernie Sanders nomination is what both Mr. Putin and Mr. Trump are pushing for. Is that what is the best for our nation? Do we want the 2020 election as a referendum on Mr. Trump’s lawlessness or of Mr. Sanders sordid past? Vladimir Putin and Donald Trump seem to know this answer. You should too.