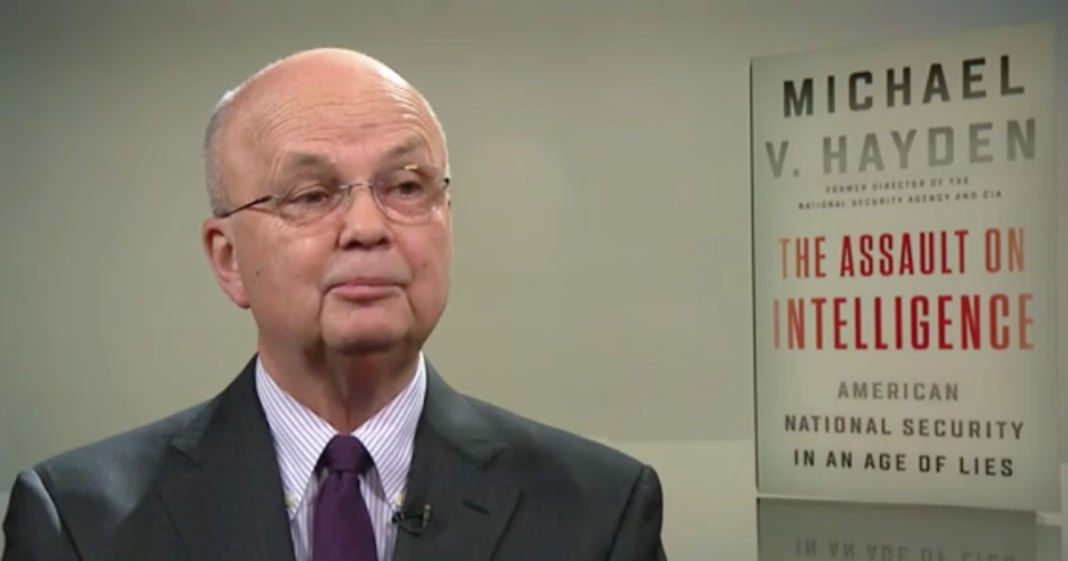 The Assault on Intelligence: American National Security in an Age of Lies by Michael V. Hayden
My rating: 5 of 5 stars

Michael Vincent Hayden, former director of the CIA as well as being a retired U.S. Air Force four-star general, Director Hayden in his newest book, “The Assault on Intelligence: American National Security in an Age of Lies” takes us on a journey of the start of his career towards the progress of his life from general to director of the CIA and other top positions. General Hayden worked in both Republican and Democratic administrations and put as his mission and legacy as being one of the most well accomplished public servants that we have had that has been a vital and key part of keeping us safe and secure both morally and with security. Morally, because he is the breed of an “intellectual warrior” and presents to us how the threats that we face today in the name of Donald Trump, presents unique serious challenges and problems not only to our country, but to our intelligence community and to the independence of our institutions and the norms that have governed it tidied up since the founding of our great nation.

In an early part of the book, General Hayden takes us back to his time in Sarajevo in 1994 he was there during the ravaged war time and as he states in his book, “What struck me most, though, as I walked about the city was not how much Sarajevans were different from the rest of us, but how much they weren’t. This had obviously been a cultured, tolerant, even vibrant city. The veneer of civilization, I sadly concluded then, was quite thin” (Hayden, 2). Moreover, he continues, “Over the years it became clear to me that the structures, processes, and attitudes that protect us from Thomas Hobbe’s world of “solitary, poor, nasty, brutish, and short” lives are not naturally occurring things. They are inherently fragile and demand careful tending if they are to survive” (Hayden, 2). And he logically explains that “civil war or societal collapse is not necessarily imminent or inevitable here in America” but rather that the “structures, processes, and attitudes we rely on to prevent those kinds of occurrence are under stress, and that many of the premises on which we have based our governance, policy, and security are now challenged, eroded, or simply gone” (Hayden, 2). And quoting his friend A.C. Grayling in which in a personal conversation he told General Hayden that this emerging post-truth world is one “over-valuing opinion and preference at the expense of proof and data” (Hayden, 3). As General Hayden eloquently puts it, “Intelligence gathers, evaluates, and analyzes information and then disseminates its conclusions for use, study, or refutation” (Hayden, 3). In a world in which there is so much mass information out there; and in one in which people are hyper-polarized to only read what they already believe, unique challenges are created. In the case of Donald Trump, a demagogue of the first degree, we face an even greater threat to the very nature of truth and reality.

This book is an absolute must read. I can write an entire report on General Hayden’s book and in fact I might just do that in the near future. This book is so vital and important as General Hayden takes us through his own firsthand account of this chaos and the unpredictability of everything that is currently taking place; particularly the war on intelligence and the de facto war that Donald Trump is going to war against the very intelligence agencies that keep us safe.

Another book I will soon review will be “The Dangerous Case of Donald Trump” in which psychiatrists and mental health professionals of the first degree highlight the case on why they have broken with the Goldwater rule; and have said what is clear: Donald Trump is a malignant narcissist and a sociopathic narcissist with the lack of the human emotion of empathy. I will come back to update more on General Hayden’s book in the near future. Read it!