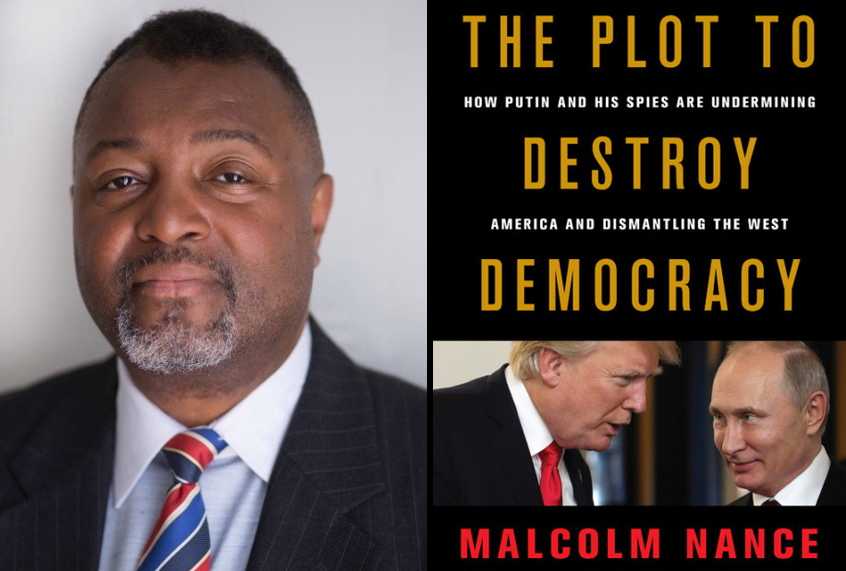 The Plot to Destroy Democracy: How Putin and His Spies Are Undermining America and Dismantling the West by Malcolm W. Nance
My rating: 5 of 5 stars

Malcolm Nance is a former United States Navy senior chief petty officer specializing in naval cryptology. He also was involved working within the intelligence community and has brought his expertise and knowledge in “The Plot to Destroy Democracy: How Putin and His Spies Are Undermining America and Dismantling the West”.

This expose by Mr. Nance is a detailed and thorough masterpiece of history and current events entwined in together for us in better understanding the warped perspective of Vladimir Putin and the Kremlin and the steps that they took to cultivate Donald Trump into their sphere of influence. This book is meticulously in depth unlike Mr. Nance’s previous introductory book, “The Plot to Hack America”. He helps us better understand the depths that Vladimir Putin and the Kremlin have gone to in not only subverting American democracy in favor of the objectives of the Kremlin but rather how the same tactics have been used to further their illiberal objectives throughout Western and Eastern Europe. In particular, Mr. Nance takes us into an extensive review and analysis of how Vladimir Putin has carefully and thoroughly cultivated and co-opted Evangelical Christians in America; along with other organizations such as the NRA. The Kremlin has used these various cultural and touch point issues to further divide societies such as us in America while at the same time advancing interests that are for the benefit of a wealthy few in Russia, the oligarchs.

Weaving the history of the Kremlin pre-Soviet and post-Soviet to the rise of Vladimir Putin and the turn of the 21st century, helps us better understand the predicament that we are in today. Vladimir Putin has used co-opting and cultivating international fringe players into the mainstream by playing on the cultural fears and divides that may exist. It is most interesting to see how so many components of the religious right have embraced not only Donald Trump, but also Vladimir Putin himself. In better understanding the so-called President we have now, reading this book is a prerequisite. It helps us better understand how the Kremlin operates and as to why Donald Trump takes the perplexing actions that he does in attacking our friends and allies while at the same time carrying act the desired actions of Vladimir Putin. There is no doubt that Donald Trump is financially in debt to Russian oligarchs and to Putin himself, but the full depth of this treachery and deceit on the American people will come to light in the upcoming months as Robert Swan Mueller, III releases his findings to the public. I am confident that as long as we the people have a basic understanding of knowledge, history, and the facts that we will overcome this demagogue. America is too great of an idea and a country to allow one aspiring tyrant to tear us down for good. Truth and justice will prevail.


View all my reviews