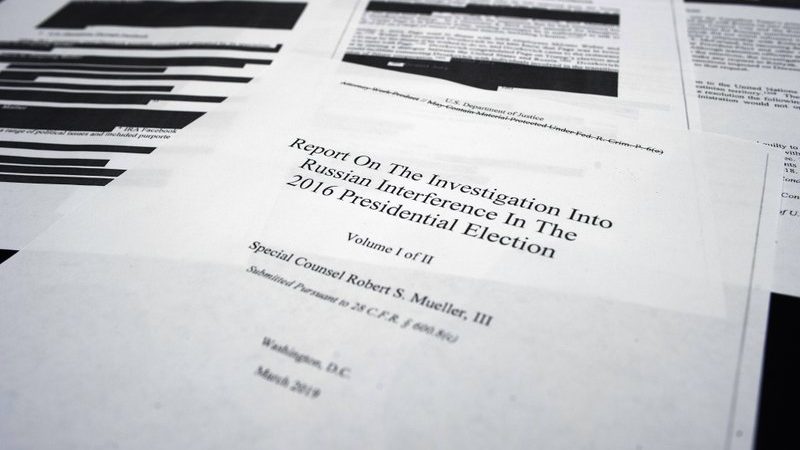 The question of our age has become, “to impeach or not to impeach”. In starker and more accurate terms, the real question swirling around DC and the political establishment has become whether Speaker Nancy Pelosi should formally open an impeachment inquiry on Donald J. Trump. The moral case to formally opening up an impeachment inquiry is clear: Donald Trump is a reckless President who feels emboldened and desperate in the hopes of tightening his grip on the rule of law into suffocation. Additionally, Attorney General Bill Barr has seemingly become his new Roy Cohn. Congress has a job to do and Mr. Trump has been attempting to impede its legitimate role of congressional oversight.

The impeachment process opens up many doors by simplifying the process into a unified procedural process. A formal impeachment inquiry also simultaneously strengthens the hands of Congress in the courts through precedents, rulings and the application of the letter of the law and most importantly of a strengthening of legal enforcement and mechanisms. The strongest and most applicable argument for opening up a formal impeachment inquiry immediately has been perhaps most importantly, that impeachment proceedings would open up a door for the American public to be able to be more fully informed of the facts, content and description of events that took place as described in the most talked about but possibly least understood series of events known as the “Mueller report”.

The above line of arguments are very compelling and they seemingly become more and more compelling each passing day as we see Donald Trump debase and further degrade the office of the Presidency on a regular and seemingly rolling basis. Donald Trump has done everything in his power to obstruct Congress from its very real and legitimate oversight responsibilities. Documents have not been turned over. Witnesses have been threatened not to testify with the dubious invocation of the President’s use of executive privilege. Donald Trump has attempted to obstruct and defy Congressional oversight, but the courts have demonstrated their independence as a separate branch of government in compelling Donald Trump to adhere to our norms, constitution and the rule of law.

On the other hand, coming from Congressional sources and affirmed by Representative Maxine Waters, Wells Fargo and TD Bank have apparently already turned over Trump-related financial documents to Congress as Congress had requested and the courts had affirmed. These disclosures that we just learned of falls in the shadow of the two most recent court rulings which unequivocally ruled that Donald Trump’s financial records are part of Congress’s role of legitimate oversight as enumerated in the constitution and the letter of the law. The rulings affirmed that Deutsche Bank and Capital One can now turn over the financial documents that Congress has been requesting promptly. This is again in the backdrop of another ruling in which a long-time accounting firm of Donald Trump has also been compelled to abide by the lawful requests of congressional oversight. Beyond the requests from congress being affirmed by the most recent court rulings of the past few days, New York’s Attorney General Letitia James has indicated that Deutsche Bank has already turned over to her office the documents that her office had subpoenaed and requested in relation to Donald Trump. In addition, the New York legislature has been busy at work. The New York legislature passed a law to making certain that the laws in their state are pardon proof in the sense that any potential pardons by Donald Trump of his henchmen will not necessarily result in a “get out of jail free card”. This is especially of vital importance in relation to Paul Manafort. Mr. Manafort is currently serving a prison sentence. A prison sentence in which Mr. Manafort’s lies to the Special Counsel and Grand Jury resulted in the nullification of the cooperation agreement that he had originally agreed to with the Special Counsel. As volume 2, page 123 of the Mueller report states, “Manafort told Gates it was stupid to plead, saying that he had been in touch with the President’s personal counsel” and that they should “sit tight”. Mr. Manafort explained to Mr. Gates, “we’ll be taken care of.” Unfortunately for Mr. Manafort, he is now currently under indictment by Cyrus Vance for mortgage securities fraud in the state of New York. Additionally, the New York State legislature also passed a law making it easier for Congress to obtain Donald Trump’s state tax returns without any impediment or delay. That bill is expected to soon be signed into law by the governor of New York.

The strong push for impeachment and the start of a formal impeachment inquiry is a welcomed one which encourages action and results over complacency and stonewalling. As Representative Al Green recently said while boldly arguing for impeachment on the House floor, “with love of my country in my heart, and belief that the constitution should be honored.” As long as the courts continue to assert their independence and support the separation of branches of our government, the impeachment push and the Pelosi push can coexist with one another at ease. Opening an impeachment inquiry and impeaching this president is an inevitability. The question is not one of “if” but “when”. In this way, when the time is right, the nation will be ready to listen to the public testimonies of Robert Mueller, Don McGahn and others in a formal setting with a less partisan tone and atmosphere. When Mr. Mueller comes to Washington, it must not be for naught but for full public consumption and full public disclosure to the maximum extent that Mr. Mueller sees fit without jeopardizing national security. Without an applicable plan of action to move forward, the public testimonies will fizzle without pushing forward to the necessary public revelations of Donald Trump’s financial entanglements which may very well explain Donald Trump’s subservience to Vladimir Putin.

The push forward for a formal impeachment inquiry must continue in the background of letting Speaker Pelosi in doing her job and producing results as she has demonstrably shown with one court ruling after another. Our founders envisioned the separation of branches of our government, and the courts through the judiciary and its independence are holding up its end of the bargain.

At the end, history and our grandchildren will judge us all and record this unique time in our nation’s history and our actions through a historical and moral context. We all have the same end game: truth, justice and accountability. Donald Trump will not be able to be held into account for his potential crimes past and present until the day he no longer occupies the highest office in the land. As the good Marine and lifelong public servant that Mr. Mueller is, he has requested from us all in the past to “remember that patience and humility are both hard to come by” but that “each will serve you well.” As Bob has said in the past through his own life experiences, “true patience is required at precisely the moment you least have time for it” but that we must “cultivate patience each day” while simultaneously maintaining a “sense of humility” and most importantly never sacrificing our “integrity”. In cultivating this patience and living a life of humility, character, truth and dignity, we can then approach the end of life truly being humble and akin with knowing that our life on this planet has truly been “time well spent.”

Sassan K. Darian is the founder of Facebook.com/StandWithMueller and standwithmueller.us. He is a passionate citizen who believes in putting country before party and reason over ignorance. You may contact him by following him on Facebook, Instagram or Twitter.