#StandWithMueller
Home Articles The question I have for Bob Mueller 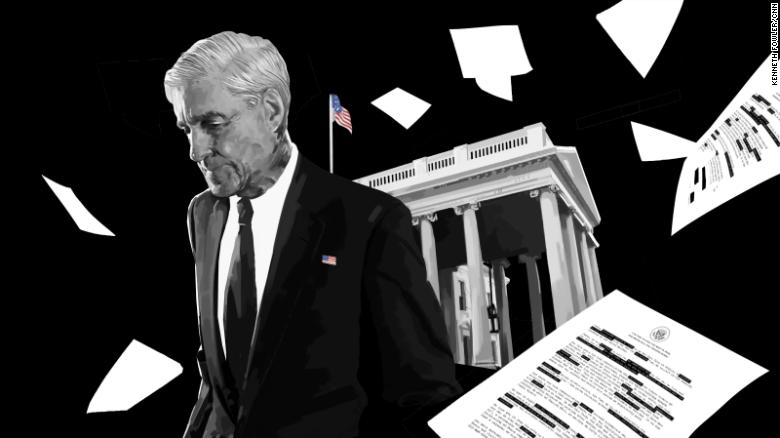 Director Mueller, Special Counsel Mueller, may I just refer to you as Mr. Mueller?

Thank you for your life of service and sacrifice. My time is limited so I want to probe into a certain aspect of your report which I believe has not received enough attention.

As anyone who has come to study and read your report has come to learn, every word or sentence placed in the report has a reason or purpose. Is that correct, Mr. Mueller?

Per the Mueller report, Volume 1, page 140 it states that and I am quoting directly from the report, “Manafort briefed Kilimnik on the state of the Trump Campaign and Manafort’s plan to win the election. That briefing encompassed the Campaign’s messaging and its internal polling data. According to Gates, it also included discussion of “battleground” states, which Manafort identified as Michigan, Wisconsin, Pennsylvania, and Minnesota.”

We also know that one of the central obstruction themes in your report per Volume II is the “dangling” of pardons to potential witnesses, targets or subjects of investigations in relation to Donald Trump, his associates and connections with agents of the Kremlin. For example, a passage from Volume 2, page 123 of the report states that “Manafort told Gates it was stupid to plead, saying that he had been in touch with the President’s personal counsel and repeating that they should “sit tight” and “we’ll be taken care of.” We also know as a matter of factual record, that in ruling that Paul Manafort broke his cooperation agreement with the government, Judge Amy Berman Jackson determined that Manafort lied to both the Special Counsel and to the Grand Jury on matters directly having to do with the exchanging of internal polling data and other internal campaign information to a Russian intelligence asset in Konstantin Kilimnik. Is that correct Mr. Mueller?

Director Mueller, Special Counsel Mueller, per your report Volume 1, page 130, “The Office was not however, able to gain access to all of Manafort’s electronic communications” as most of the known transferring of this internal polling information was done via encrypted applications in which your office was not able to obtain these documents, correct?

Continuing on Volume 1, page 130 of the report, it states that “The Office could not reliably determine Manafort’s purpose in sharing internal polling data with Kilimnik during the campaign period.”

My final question for you Mr. Mueller, was your team trying to tell us something about Donald Trump’s campaign chairman exchanging internal polling data to an individual that the FBI and our intelligence community has determined to be a Russian intelligence asset in relation to the potential targeting of “battleground states” as aforementioned in Volume 1, page 140 of your meticulously put together report on Russian interference in our 2016 election? Is this a matter that Congress and other investigative bodies should look into in relation to the possible coordination of members of the Trump campaign and the Russian government in relation to the aforementioned “battleground” states?