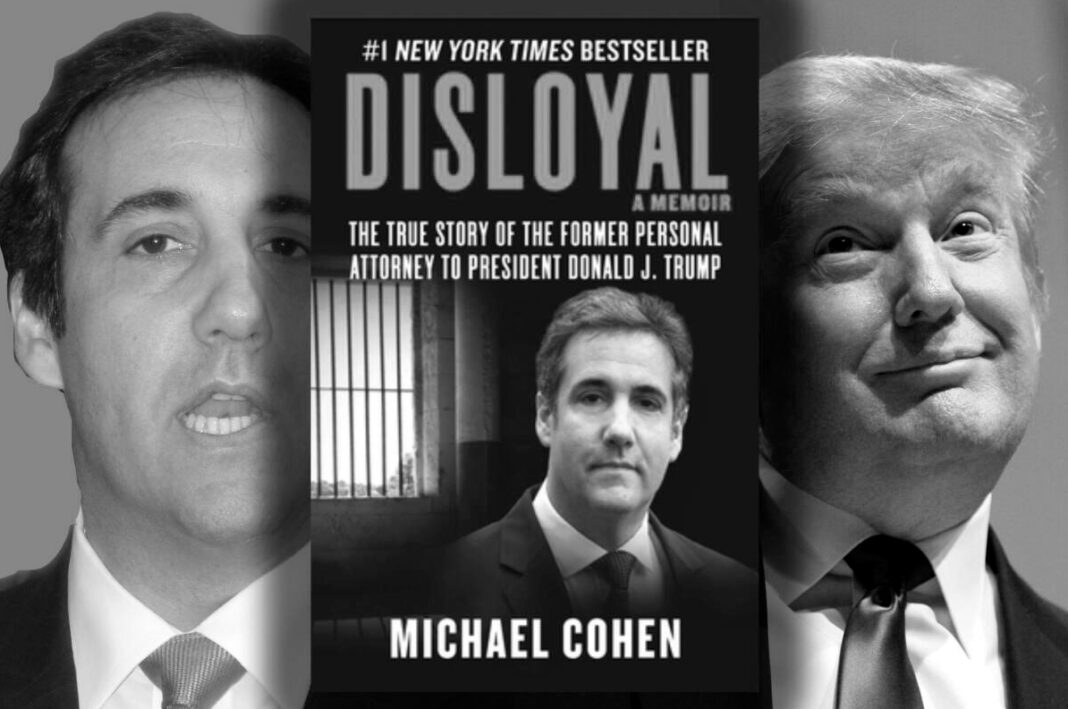 Michael Cohen’s “Disloyal” is all at once a riveting exposé and thrilling memoir. Cohen takes us deep into the mind of the power of a demagogue and the influence he has towards both his witting enablers, and the unwitting blind adoration from those aptly referred to as the Trump Cult. Make no mistake about it, Michael Cohen takes personal responsibility for his years of dirty deeds for Donald Trump. Mr. Cohen offers no personal excuses for his past culpability. Cohen simply presents to us the unvarnished truth. This unvarnished truth often reflects Michael in a bad light, but he presents to us the complete whole picture so that the public is aptly warned about the threat that Donald Trump, his sycophants and cultists continue to pose to our nation. More than simply an exposé or a personal memoir, “Disloyal” is a clarion call for the nation. As Donald Trump’s legal problems continue to mount and indictments near for himself, family members and associates, his rash outbursts are inevitably going to increase. Fortunately for the nation, he no longer has the power of the presidency and the federal government at his disposal. Still, the sad spectacle of Trump’s insurrection on January 6 shows the threat that remains. This real-life story is part of Mr. Cohen’s path towards redemption. In other words, a part of his mea culpa.

The power of the Trump Cult is real and has ruined countless friends and family relationships. Despite Donald Trump being out of office, the power of this cultish influence continues to exacerbate among Trump’s most devout and faithful believers. Mr. Cohen took this to another level and provides these details with frank honest assessments and self-reflection. Spending time in a federal prison facility in New York named Otisville, Michael reflects on all the good times and bad; and the fact that he sold his soul completely and wholly to a con man who didn’t deserve his unwavering loyalty. This one-way loyalty resulted in not only a prison sentence for Mr. Cohen, but ended up hurting the ones he loved most. Serving a prison sentence for crimes committed on behalf of Individual-1 AKA Donald Trump, Cohen ended up hurting the people he most loved and cherished: his wife Laura and his two children Samantha and Jake. This is not to even mention his father who survived the Holocaust to see Michael having gone so far down that proverbial rabbit hole that he defended Mr. Trump on the campaign trail from allegations of racism by invoking his father’s harrowing survival during the Holocaust. For all this, Michael remains eternally in shame to those who loved him most and stuck with him through the good and bad. To the rest of us, Michael provides a redemption story of sorts. Mr. Cohen through documentation and his lived experience reveals the unvarnished Trump. In this way, the public along with federal and state prosecutors have the information that is needed so that history records Donald Trump as the individual whose dirty deeds don’t go unpunished.

Donald Trump’s corruption and debauchery are even more lurid and depraved that one can imagine. Living in the world of Trump, often reality and lies intertwined with Trump and his sycophants; blending reality and falsehoods where neither one completely existed on their own. In reflecting on this, one must look no further than the present day. Donald Trump’s Big Lie continues unabated as he peddles falsehoods and lies about his defeat to President Joe Biden. Mr. Cohen provides us with the prime motivations: Trump’s sociopathic narcissism and his fear of imprisonment. Additionally, the details of Trump’s obsessive manic jealousy of President Barack Obama that Mr. Cohen provides to us compels one to reconsider the possibility of the infamous ‘pee tape’ that has been discussed in comedy shows as revealed to the general public via the Steele dossier. The rumors of the existence of such a recording did not originate from the aforementioned dossier. In fact, it goes years back originating from what seems to be individuals affiliated with Russian oligarchs. Take a journey with Michael to Las Vegas in which Donald Trump attended a similar function hosted by none other than the Agalarov family. The same father and son Russian oligarchs who years later would host the Miss Universe pageant that took place in Moscow. The same family who set up the infamous Trump Tower meeting with a Russian government attorney who promised damaging information on Hillary Clinton. It was during this aforementioned Moscow trip in which it was rumored that Donald Trump out of spite and jealousy hired prostitutes to urinate on the same Ritz Carlton bed that President Obama spent a night during his presidency. One might dismiss such a lurid tale, but Michael describes in detail the story of the fake Obama that Donald Trump hired so that he could pretend play in demeaning and then firing him. The sociopathic depravity of Donald Trump has no bottom; and we must fully be aware of the threat that the power of the Trump Cult presents to this very day. In fact, Michael has had to live with continued death threats aimed against him and his family to instill fear on those who dare to speak out. Despite these threats, Mr. Cohen has committed to speaking truth to power in the hopes of redeeming himself in the eyes of his family, his country, and for recorded history. As Michael often says, he will not be the villain in Donald Trump’s story. History will be recorded accordingly.

Michael Cohen was not only Donald Trump’s personal attorney; in reality he was Trump’s fixer who did all things big and small with unwavering loyalty. In acknowledging his years of sycophancy and dirty deeds for the so-called ex-President, we must also acknowledge the fact that there would be no legal accountability on the horizon for Donald Trump were it not for Mr. Cohen. Michael Cohen’s Congressional testimony and his cooperation with both federal and New York State prosecutors has brought us to a place in which accountability for Donald Trump & his crime family are on the horizon. As we speak, Manhattan District Attorney Cyrus Vance and New York State Attorney General Letitia James have active grand jury investigations that are likely to result in the indictment of Donald J. Trump. Mr. Cohen could have taken the path that others like Paul Manafort and Roger Stone took as they remained silent and continued to lie for Trump resulting in their subsequent pardons. To paraphrase Mr. Cohen, Donald Trump must be held accountable for his own dirty deeds.