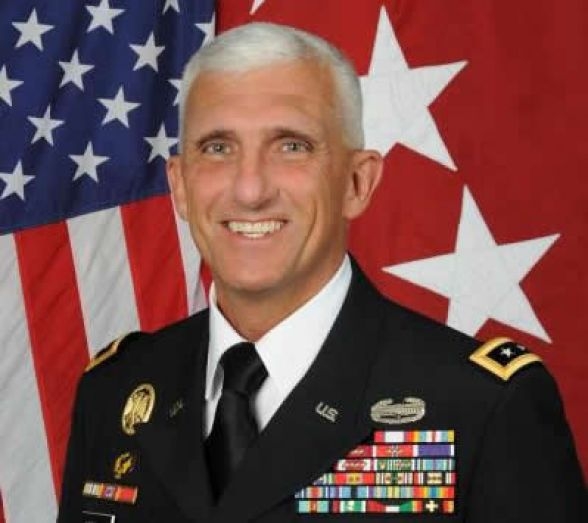 General Hertling, it is a pleasure and the deepest honor in having the opportunity to conduct this brief interview with you. In your book “growing physician leaders”, what is the number one take that our followers can take with them in applying to their own lives, whether they are working within the medical profession or not?

What I try and provide in the book is how the military – specifically the army – has approached the subject of leadership development.  As an organization, the army has used sound transformational leadership theory and has incorporated over two hundred years of experience in its leadership doctrine…and we find that it works. Leadership development in the army is systematic, we are taught how to deal with increasingly complex issues as we grow in our profession, and because the army is a profession that deals with life and death and influencing individuals who are part of large organizations to accomplish a critical mission (defense of our country), what we do and how we do it is pretty fascinating and unique.

I have attempted to apply the military approach to another profession – healthcare – because the healthcare industry has some unique challenges and interprofessional requirements that are more difficult to address than other organizations.

What I provide in the book is simplicity: by understanding certain leadership attributes and competencies, by determining our own individual values and elements of character, and by knowing how to influence other people in different situations, anyone can improve their leadership skills.  The book is written based on my work with doctors, but the principles are applicable to anyone in any career or profession.

I would like to ask you about your personal life growing up. What would you say were the biggest influencers in your life growing up that helped guide you towards the moral and ethical leadership you later showed through your service in the military and then later as an esteemed and accomplished general? 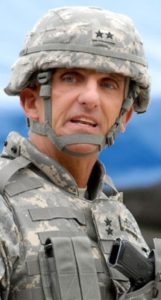 I attended faith-based (catholic) education programs in grade school and high school in my hometown of St Louis, Missouri.

These were terrific educational opportunities that set the base for me in terms of character development.  Then I went to the us military academy at West Point and the focus on duty, honor, country and the honor code that is required there contributed to further personal development of character.  Having the honor to serve in the military, and work with the diversity of individuals that wear our country’s uniform also contributed to my development.  I also had the opportunity to have mentors that gave of their time to develop me, to ask me tough questions that I had to ponder, and who gave me guidance and insight about life.  There are too many of those individuals who gave me help to mention all of them, but each affected me in a positive way.

But one can also learn from those who don’t provide a good example.  I think I learned just as much from the few negative or toxic leaders I worked with in my life, realizing I never wanted to provide the same example to others that they provided to me.  We learn from all people every day…we just need to focus on the positive ones to carry their actions forward.

You describe in your book on how you have to lead not only by words but also through your actions and deeds. As a leader, one must understand that others are following their lead by example and emulation. In your book, you describe a situation in which you had to take cover as you and your crew were taking sniper fire; and it was a colleague of yours who ended up leading by example. Do you think that the impact and influence that Donald Trump has as leader of the free world will have a negative and lasting impact on our youth and for those in the military? If so, how significant do you think this impact might be and what can we as a nation and a people do to overcome the perverse lack of leadership coming from the highest office in the land?

I’d prefer not to comment on any political figure. But what I will say is that leadership is a combination of the attributes of character, presence, and intellect and those are things we each develop to generate trust.  By building trust and communicating, developing others, and taking the right actions, we affect the world around us, whether it be on a small team, a large organization, or the global environment.  I have seen where toxic leaders have negatively affected organizations, and it takes a long time to overcome that toxicity when they leave.  To overcome, you need even better leaders, with pure hearts, empathy, humility and the kind of values which focuses on moving ahead rather than stagnating or going backwards.

Any team can eventually overcome a negative leader…but it takes a lot of hard work, and stronger leaders to help set the standards and hold others responsible.

We have a great nation with a history of terrific leaders who step up and look to create progress and inclusion.  I truly believe America can overcome any negative leaders…but it takes hard work and a reliance on our values.

LEADERSHIP IS A COMBINATION OF THE ATTRIBUTES OF CHARACTER, PRESENCE, AND INTELLECT AND THOSE ARE THINGS WE EACH DEVELOP TO GENERATE TRUST

Can you share with us a story of leadership that you did not specifically share in your book? More specifically on how you used that leadership on the battlefield and applied it to adjusting to the real world back at home once you retired from your years of service for our country?

I once had to relieve (i.e., “fire”) a subordinate commander in combat because of some things he was doing.  It was one of the tougher things I had to do in my life, because he was a friend, a son of a retired general who i admired, and he had a terrific career up to the point where I fired him and he was heading to even greater jobs of increased responsibility.  But because he began to think too highly of himself, he had begun to lose his empathy for those he was working with, he wasn’t taking advice, and it became obvious to me that everything he was doing was about him and not about the organization, the people or the mission that it was time for me to make that tough call.  I had counseled him previously on what I had detected, and it became obvious that he was saying all the right things to me, but he wasn’t correcting his behavior.  So finally, I told him he could no longer continue commanding his unit.  He reacted as I thought he would, he asked his father and a bunch of other retired generals to intercede on his behalf, but I stuck to my decision.  After he departed, his organization started performing to a high standard again, and many of his subordinates approached me thanking me for relieving him, and even told me additional stories of his toxicity that I didn’t know.  So while it was tough doing it, and I questioned myself, I realized after that no individual is bigger than the organization or the team, and sometimes the hardest thing a leader does is determine when other leaders should not be in their position and take action accordingly.

Do you plan to write a book or memoir about your life and leadership any time in the future? I think it would have a great following and it would be an important part of leaving a mark on your legacy for future generations.

Perhaps.  I’d like to tell the story of all the people I served with, and what they accomplished…but that’s likely a long way off.

Thank you for your time general. You are truly a role model in terms of grace, character, intellect and humility. You are what i deem as an “intellectual warrior”. Thank you for your years of service and your continued moral leadership today. It is now needed more than ever.