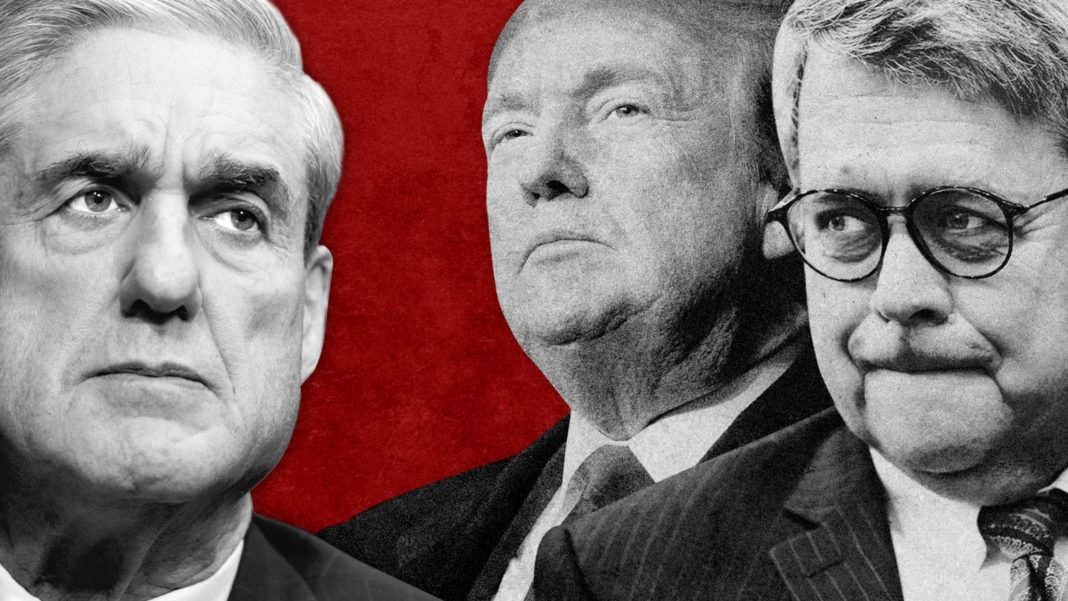 Robert Mueller would be the first person to agree that we are often wrong in life and make mistakes and that there is no shame to this statement. Robert Mueller has also been battle-tested whether from his time on the battlefields of Vietnam to standing up for truth and justice for the victims of Pan Am Flight 103. In memorials that he would attend years on after, he would always share of his permanent memory of suffering in Lockerbie that has been forever etched into his mind. Mueller supervised the response to this terrorist attack and tragedy in which 259 individuals perished from the face of this Earth and left behind their suffering families. The point of all this: Mueller cares deeply for truth and justice and to doing things the right way as “In the end, it is not only what we do, but how we do it.”

In the backdrop of everything that is going on with the chaos of this administration on all fronts from the lack of accountability from what are clearly high crimes and misdemeanors in fitting the requirements for impeachment and the opening of a formal impeachment inquiry. Let’s remember one thing, the Mueller report states that “While the OLC opinion concludes that a sitting President may not be prosecuted, it recognizes that a criminal investigation during the President’s term is permissible.” And it continues, “The OLC opinion also recognizes that a President does not have immunity after he leaves office” (Vol. 2, pg. 1, Mueller report). An often not discussed aspect of the Mueller report lies hidden in plain sight in the very last pages in the appendix. Mueller has referred fourteen possible criminal prosecutions to outside his office to “appropriate law enforcement authorities” in principally “other components of the Department of Justice and the FBI.” Out of the fourteen referrals, only two have been unredacted. One of them being Michael Cohen, Donald Trump’s ex-lawyer and longtime fixer who is currently serving a prison sentence in Otisville, New York for crimes directed by his ex-boss and current President of the United States, Individual-1. In the last two weeks, we have seen more court victories against Donald Trump from the disclosure of his finances to other important rulings that have been paving the way for Congress to fully and wholly have access to all his of his financial documents, period. There is nothing Donald Trump will be able to do to stop this legislative oversight mandated and provided by our Constitution. We need to be on guard that Attorney General Bill Barr does not meddle into these other potential criminal referrals. This is in my opinion of vital importance given the recent development in which the Attorney General was granted expansive new powers and intelligence capabilities via an executive order courtesy of Donald Trump.

What we have come to learn so painfully and sadly for our country, is that there are no lows for Donald Trump. He has and will continue to swoop lower and lower in defying our norms in his attempt to tear down our institutions and the rule of law in his dying throes.

Robert Mueller testifying in front of Congress will help clear the record and preserve history. It will also allow a more fact-based whole picture of the investigation for the American public. Mr. Mueller has already agreed to testify before a closed door setting and to offer a public opening statement. Yes, he needs to testify publicly. A public setting in which facts and country loyalty triumphs party politics and loyalty to dear leader. It may take a Congressional subpoena to have Mr. Mueller, the man of law and order feel compelled to then testify under a lawful and legal subpoena. When Mr. Mueller is called upon to testify publicly, it must be one in which focused questions and an action plan forward are ready to go in terms of voting for impeachment or some other important hearing resolution. The question of impeachment is not one of “if” but “when”. History must indeed be recorded accordingly. At the same time, there are ironically in the words of Donald Rumsfeld, “known knowns; there are things we know we know. We also know there are known unknowns; that is to say we know there are some things we do not know.”

Robert S. Mueller III will testify. In the words of Bob Mueller, “Integrity, Service, Patience.” As he has said, “true patience is required at precisely the moment you least have time for it.” Let’s all cultivate patience. Robert Mueller wrote an unprecedented letter to Attorney General Bill Barr twice expressing his concerns for the misrepresentation of his report. One only goes on paper to record the situation in history while making sure there is a paper trail to express that fact to people outside the immediate recipient of the letter. The only other time Mueller wrote any letter of any kind to any other individual in a similar circumstance that we know of is when he wrote his displeasure and dismay over the early release of a terrorist behind the Pan Am 103 bombing to Libya from Scotland. Bob Mueller knows his place in history will be of significance. He has humility. When he is called upon to testify, he will be there in the front line of the battlefield as he has for our country and our people from his very earliest days.

Patience and humility my friends. The only way to ensure truth and justice through the rule of law for Donald Trump will be to make sure he is defeated in 2020. With the last pages of volume 2 of the Mueller report, “The protection of the criminal justice system from corrupt acts by any person – including the President – accords with the principle of our government that “[n]o [person] in this country is so high that he is above the law.”