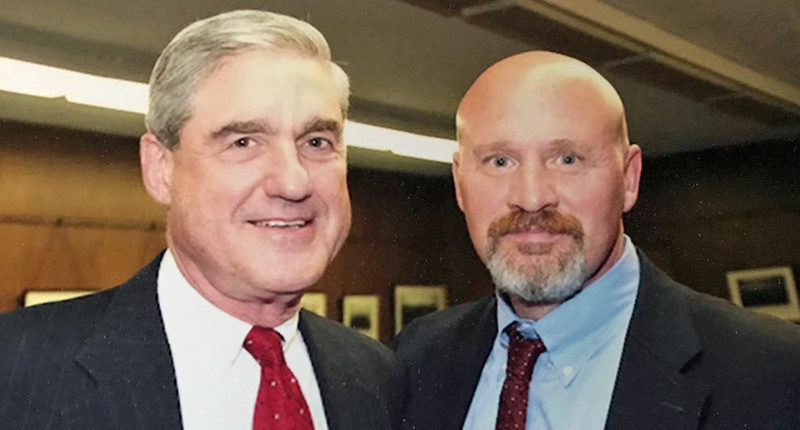 Glenn Kirschner is a former federal prosecutor who in the past worked personally with Robert Mueller. Mr. Kirschner was a 30-year federal prosecutor with the D.C. U.S. Attorney’s Office and the D.C. Chief of Homicide. He started his career as an Army JAG also known as the Judge Advocate General’s Corps, United States Army. You can follow him on his Facebook page and on Twitter @glennkirschner2.

Mr. Kirschner, thank you for your time. It is truly an honor and a privilege to be able to ask you a few questions. As seen with your exhaustive and illustrated career, you have had a lengthy and experienced tenure working as a federal prosecutor. What made you decide to take such a painstaking but conscientious and rewarding career path?

I wish I had an interesting answer to the question, “why did you decide to become a prosecutor.” But the reality is it was sort of a slow evolution. Before becoming a high school football coach, my father had served in the Army for three years. Even as a teenager, I felt like I wanted to find a way to serve my country. In college, I decided to compete for an Army ROTC scholarship in an effort to cover the cost of my tuition at Washington and Lee University, which would mean I’d be required to serve four years in the Army once I graduated. As my senior year approached, I decided to take an educational delay in my Army service to attend law school at New England School of Law in Boston. In law school, found that I loved the study of criminal law, the Constitution and trial practice. I put myself through law school and then entered active duty with the Army’s Judge Advocate General’s Corps.

As a JAG, I lucked out and landed an assignment as “Trial Counsel,” which is what the Army calls its prosecutors. I prosecuted court-martial cases beginning in 1988 while assigned to Ft. Richardson in Anchorage, Alaska. After three years I was transferred to the Army’s Government Appellate Division (GAD) in Falls Church Virginia. At GAD, I briefed and argued criminal cases on appeal for the government. I briefed and argued on some extremely interesting cases, including espionage and death penalty cases. Upon completing a three-year tour at GAD, I decided to leave the Army and join the United States Attorney’s Office for the District of Columbia as an Assistant U.S. Attorney (AUSA). I served in DC as a federal prosecutor for 24 years until retiring from federal service.

I found that there were three things that motivated me to spend 30 years as a prosecutor: working with and seeking justice for crime victims, trying cases in court and doing what I could to keep the criminal justice system fair, honest and collegial.

THREE THINGS THAT MOTIVATED ME TO SPEND 30 YEARS AS A PROSECUTOR: WORKING WITH AND SEEKING JUSTICE FOR CRIME VICTIMS, TRYING CASES IN COURT AND DOING WHAT I COULD TO KEEP THE CRIMINAL JUSTICE SYSTEM FAIR, HONEST AND COLLEGIAL

As we see with our institutions and the Department of Justice under constant attack from the current occupant in the White House, do you think that the damage that has been done and is continuing to be done will have a lasting impact on our country and how do you think we will be able to eventually overcome it?

I think it’s beyond rational dispute that our institutions have been and are being damaged every day. The president has worked long and hard to undermine the country’s faith in the Department of Justice, the Federal Bureau of Investigation and the intelligence community, not to mention the rule of law and objective truth. Having recently retired from the Department of Justice (think of AUSAs as the DOJ’s field prosecutors) I am troubled and saddened by the president’s incessant, unwarranted attacks of the DOJ and its officials. There are more than 100,000 DOJ employees working tirelessly to protect our country, enforce our federal laws and hold criminals accountable. When the president attacks the DOJ and the FBI, he undermines the public’s confidence in our law enforcement agencies and, I believe, runs the risk inspiring lawlessness. People may very well hear the president say the FBI and DOJ are corrupt and conclude that they should therefore not be required to obey our laws. In my opinion, our country is in very deep hole that has been dug by the president and his cronies. It will be a long, slow climb out of that hole, but I believe our country is strong enough to make that climb.

As indicated in the opening of this interview, you have in the past worked with the current Special Counsel of the Trump/Russia investigation. Can you tell our followers a personal characteristic or anecdote about Robert Mueller than can ensure us that justice will be delivered and that his investigation will be able to reach a full and final conclusion?

Bob Mueller was my Chief of Homicide at the US Attorney’s Office in the late 1990s. I learned a great deal from him, not only about how to prosecute murder cases but also how to run the Homicide Section (I served as Chief of Homicide from 2004 – 2010). Bob is probably the single best supervisor I ever worked for. He is an honest, ethical, straight-forward man who is extremely supportive of the people he supervises. However, if you do wrong he will call you on it, counsel you on it, and tell you how you can do better next time. He is both extremely supportive and extremely demanding.

When I joined the Homicide Section in early 1997, I inherited a case for trial that Bob had investigated and indicted. At that point, I had been prosecuting cases for nearly a decade and felt like I knew my way around a criminal investigation. But, when I saw the incredibly thorough investigation Bob had conducted in the case, I realized that I still had a lot to learn. Thereafter, I aspired to investigate cases as thoroughly as Bob did, but I’m not sure I ever fully hit that mark.

You also worked as the D.C. Chief of Homicide. It is public knowledge that Robert Mueller left a plushy job at a white shoe law firm, and instead got a job at D.C. homicide. Was this when you also worked with him? What can you share with us about Bob Mueller’s integrity and pursuit for justice that he would take such a distinctive and morally dignified path by giving up a hefty salary to work homicide?

BOB IS GOVERNED EXCLUSIVELY BY THE EVIDENCE, THE RULE OF LAW AND THE ETHICS OF OUR PRACTICE

Bob made it clear that he did not enjoy private practice. After about one year at a law firm, he chose to come to the DC USAO and be a line guy in Homicide, investigating and trying murder cases. He is a government guy at heart who enjoys holding criminals accountable and protecting our communities. In my experience, Bob is governed exclusively by the evidence, the rule of law and the ethics of our practice. Politics do not enter the equation. I find it laughable when the president keeps complaining about how ‘Mueller is conflicted’ and he is heading up a team of ‘angry democrats.’ When Bob was assembling his team, I am certain that he did not ask the applicants about their politics. That’s just not done. There is no political litmus test to work on a criminal case. If there was, the results of ALL criminal investigations would be unreliable.

Do you personally believe that Robert Mueller will ultimately be allowed to finish his investigation and share the complete truth to the public? You had mentioned that the question of whether a sitting President can or cannot be indicted is an unanswered question and indeed even has legal precedent for the former. Do you think Bob Mueller would consider pursuing such a path?

I believe to my core that Bob Mueller is an innocent man’s best friend and a guilty man’s worst nightmare. As Special Counsel, he will hold all wrong-doers accountable. In my opinion, he will need to answer three questions for himself in deciding how to proceed against the president: 1. Is there sufficient evidence of criminal conduct to support criminal charges, 2. Is there a procedural pathway to indicting a sitting president and 3. Is there any legal prohibition against indicting a sitting president. Needless to say, we are all waiting to see what the evidence is regarding Russian-Trump campaign collusion/conspiracy, cover-up/obstruction of justice, etc. But given what we have seen reported, there seems to be ample evidence of collusion/conspiracy as well as obstruction of justice. Indeed, in my time as a prosecutor, I investigated, indicted and successfully tried conspiracy and obstruction cases with less evidencing then I have seen just in the public reporting. I also believe there is a procedural pathway to indicting a sitting president. Although there is a DOJ Office of Legal Counsel (OLC) policy memo saying that the DOJ will not indict a sitting president, there is an exception that Mueller can ask for under the Code of Federal Regulations (the rules governing Special Counsel) to depart from the general policy. Without getting down in the procedural weeds, there is a procedural pathway to indicting a sitting president. Finally, there is nothing in the Constitution or in Supreme Court case law that prohibits the indictment of a sitting president. Assuming he can answer those three questions to his satisfaction, I think there is a strong likelihood that Mueller will ask the grand jury to indict Trump. I just don’t think he will leave it up to the vagaries of Congress to impeach the president if Bob concludes that the president has committed criminal offenses, particularly if those criminal offenses undermined our free and fair elections.

I BELIEVE TO MY CORE THAT BOB MUELLER IS AN INNOCENT MAN’S BEST FRIEND AND A GUILTY MAN’S WORST NIGHTMARE. AS SPECIAL COUNSEL, HE WILL HOLD ALL WRONG-DOERS ACCOUNTABLE

Any last comments or personal insight about yourself or the rule of law that you would like to share with us?

Without confidence in our public institutions we are in serious trouble as a country. I look forward to a time when wrongdoers are held accountable and we can begin the long, hard uphill climb back to a place of decency, civility, and integrity.