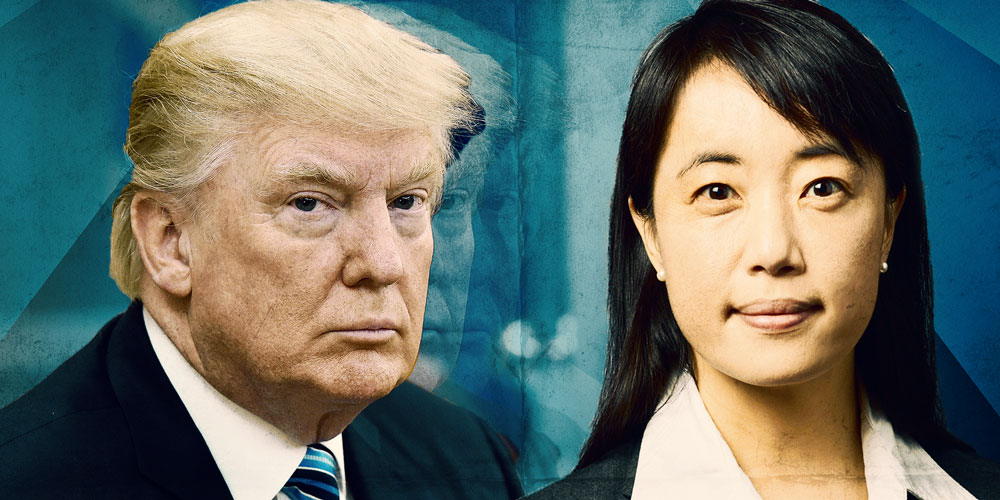 Dr. Lee, thank you for taking the time to answer a few questions. It truly is an honor and a unique opportunity to converse with someone as you with such a distinguished career in psychiatry and mental health. When did you start to take seriously the notion that the Goldwater rule (https://www.psychiatry.org/newsroom/goldwater-rule) should not hinder psychiatrists and mental health professionals like yourself and your colleagues from warning the general public about the unique and pervasive threats that someone like Donald Trump poses to our country and to the world at large?

The Goldwater rule is grossly misunderstood, and the American Psychiatric Association’s refusal to engage in any discussion, or even to respond to our suggestions for a revision of the rule, makes me believe its actions are deliberate.  Psychiatrists were never supposed to be beholden to a public figure—our primary responsibilities are to patients and to society.  The actual Goldwater rule says this: work to improve the community and public health, and when asked about a public figure, to educate the public—just don’t diagnose.  Instead, it ballooned the “don’t diagnose” part out of proportion to keep the entire profession silent.  Its timing and aggressive public relations campaign make clear its intentions: to protect Donald Trump.  It is much like what Attorney General William Barr did: he distorted the law in order to protect power, when he is supposed to defend the law.  The American Psychiatric Association similarly distorted professional ethics in order to protect power, when it is supposed to represent ethics (I should clarify that it was the leadership that did this, not its members, who rose up in protest but were ignored).  The consequences were chilling, depriving the public of the most critical information at a critical time.  It will remain a tragic chapter in the history of the Association, when it acted to become an agent of the state, much like Soviet or Nazi psychiatry. In sum, we have kept with the Goldwater rule; the American Psychiatric Association has not.

As the apparent walls start to close in on Donald Trump with the myriad of investigations facing him and his family, what risks do we face as a people and a country face when a malignant narcissist like Donald Trump sees that his options at avoiding justice and accountability for the first time in his life may not bear fruition or success for someone like Donald?

I would not narrow down on a description of Mr. Trump to being a malignant narcissist—as compelling as it is—and my reason is because it underestimates the scope of his impairments.  In other words, I believe there is more wrong with him than just malignant narcissism.  It is also irresponsible, since it gives the public what it wants (a “diagnosis”) without having all the information.  I have tried to make clear our separation from these “professionals” who have used their credentials for political expediency or have chosen outright to become political operatives—which is a clear violation of professional ethics—because I believe that keeping with ethics will eventually get us further, even if most people equate us with them at first.  That said, the patterns are very clear, and we can be sure that Mr. Trump will not stop short of anything to save his grandiose self-image, whether it is stonewalling Congress and defying the Constitution, inciting violent insurrection in his followers, or starting World War III.  His unfettered access to nuclear weapons is still a concern, since he has on numerous occasions expressed a fixation to them, has changed policies to make them more usable, and has no concept of or concern for the consequences.  Just as with his spectacular business failures during the years he flaunted himself as one of the most successful businessmen ever, when he lost more than any other American taxpayer, he will increasingly be “found out” with time, and when it comes to the point where he can no longer hide, world annihilation will be preferable to him than humiliation.

His unfettered access to nuclear weapons is still a concern

What can you tell us of the new edition of “The Dangerous Case of Donald Trump” that was just released in March 2019?

The second edition of the book is to demonstrate how Mr. Trump’s psychological dangerousness in the office of the presidency has led to social, cultural, and geopolitical dangerousness with time.  It has added ten more of the nation’s top mental health experts to the original 27.  The expansion of the dangers is why we considered it important to intervene early, and we perhaps had a critical window to act.  Thanks to the American Psychiatric Association’s aggressive campaign, his mental health problems went from being the number one topic of national discussion to becoming a taboo subject. Apart from its distortion of the Goldwater rule (https://www.psychiatry.org/news-room/apa-blogs/apa-blog/2017/03/apa-remains-committed-to-supporting-goldwater-rule), its aggressive interventions to shut us down every time we spoke up can be found here (https://www.psychiatry.org/newsroom/news-releases/apa-goldwater-rule-remains-a-guiding-principle-for-physician-members) and here (https://www.psychiatry.org/newsroom/news-releases/apa-calls-for-end-to-armchair-psychiatry), and the public has been left to fend for itself in an impossible, no-win situation.  Outraged at the Association’s failure in leadership, many of its members and officers who resigned, as well as thousands of mental health professionals from around the world, gathered to form the World Mental Health Coalition (https://dangerouscase.org/) and appointed me president. At the second edition’s release, we held a major, interdisciplinary conference (https://www.c-span.org/video/?458919-1/the-dangerous-case-donald-trump) with top experts from around the country in the fields of law, political science, history, social psychology, nuclear science, and climate science, among others, and the chorus was unison: “We need to hear from mental health professionals!”  We are also working to form an independent, nongovernmental expert panel, based on medical criteria only, that can consult with governmental bodies to perform fitness-for-duty exams as well as advise on signs of presidential incapacity.  It is another way through which we hope to be of public service, in addition to education.

What should we be most worried about over the next year-and-a-half until the 2020 elections; and are there are any predictions that you have about the potential unraveling of Donald Trump that may be facing us as a nation and as a people in the foreseeable future?

At the beginning of the year, I told a reporter that we could expect to see “an acceleration of the chaos” (https://hillreporter.com/expect-an-acceleration-of-the-chaos-with-trump-in-2019-an-interview-with-forensic-psychiatrist-dr-bandy-x-lee-20995), and he was skeptical.  Now no one will doubt that those predictions were correct.  In fact, many are now astonished at how precise we were in terms of the accuracy and even precision in our timeline since the publication of the first book two years ago.  We predicted:

I stand by these predictions, which were made on clinical and research-based probabilities, and anticipate that the situation will only worsen—until enough of an immune response is activated.  Otherwise, we will fall into demise with the disease.  There is no reason to believe that we are incapable of bringing about our own downfall as many other countries have, but much depends on awareness.  That is why we consider it our mission to bring the truth to the public.  The power lies in the public, if only it could realize it.

Thank you, Dr. Lee. It was a pleasure being able to share your learned expertise, knowledge and experience in dealing with someone like Donald Trump.

Thank you for your interest and for the good work you do.