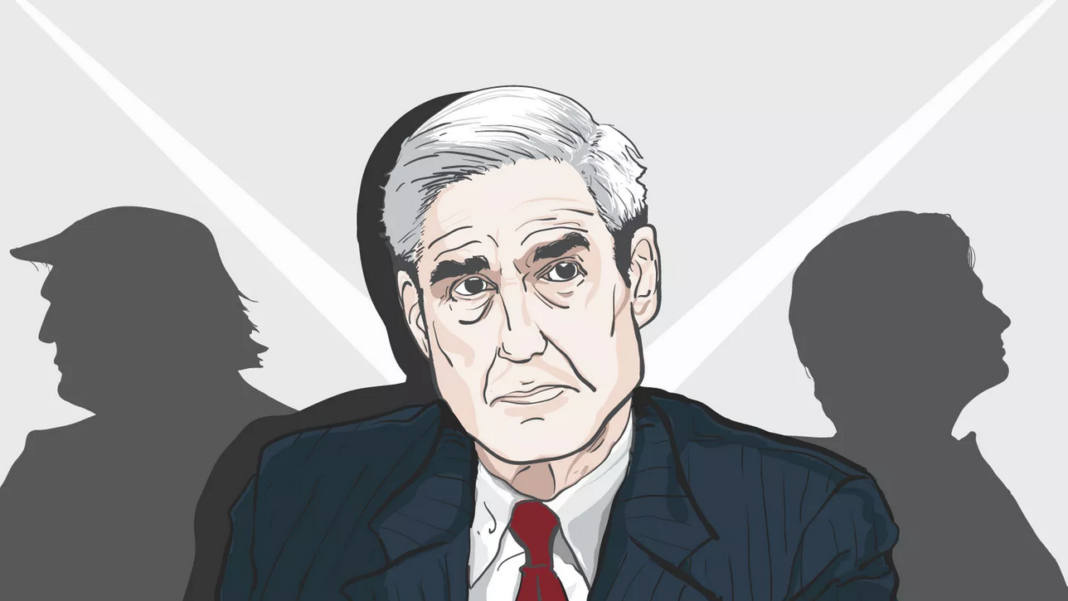 We are truly living in a unique time in the history of our nation. I believe very strongly to my core that it is the responsibility of every patriotic American to read the Mueller report, regardless of your politics. If the truth is what we are most concerned about, then this is the action every patriotic and intellectually honest American must take.

Since the release of the Mueller report, Donald Trump has shown no contrition or admitted to any wrong. As is typical of himself and his lack of self-awareness, he has taken the findings of the Mueller report to dismiss the Senate subpoena of Donald Trump Jr. and rant against the other myriad of investigations currently facing Donald Trump and his family. As we have come to learn in the last two years, there appears to truly be no bottom for Donald Trump. Mr. Trump even had the temerity in his now dissolved scheme of sending Rudy Giuliani to Ukraine to try to pressure another foreign government to meddle into our electoral process.

Mueller states in his report in Vol. 2 pg. 1, “While the OLC opinion concludes that a sitting President may not be prosecuted, it recognizes that a criminal investigation during the President’s term is permissible.” And he continues, “The OLC opinion also recognizes that a President does not have immunity after he leaves office.” Therefore, in considering whether Donald Trump committed crimes and his culpability of prosecution, one must consider the fact that Mueller was working on a unique report in which he was not able to determine a “traditional prosecutorial judgment”. As the Mueller report notes in Vol. 2, pg. 182, “because we determined not to make a traditional prosecutorial judgment, we did not draw ultimate conclusions about the President’s conduct.” Robert Mueller has presented to us the facts and it is now the responsibility of us as a people and Congress as a body to take up public hearings so that more Americans can have a more thorough and complete understanding of the Mueller report; and what Mueller meant to convey to the American public. The testimony of Robert Mueller himself is expected to occur in the upcoming weeks.

As the majority of the American people have come to learn, Donald Trump is not a mentally balanced individual. Donald Trump exhibits the excessive signs of malignant narcissism; and many world-renowned mental health experts such as Yale’s Bandy X. Lee has broken ranks in speaking out against Donald Trump and discarding the so-called “Goldwater rule”. The “Goldwater rule” was implemented after the Presidential campaign of Barry Goldwater; which has long kept mental health experts from assessing on the mental health of an individual without having assessed them personally. In having become a student of Donald Trump’s life both pre-presidency and now during his administration, it has become more than clear that objectively speaking Donald Trump is a man who has no time in his life exhibited any signs of a moral compass or of first principles. The only first principle that Donald Trump abides by is the first principle of Donald Trump. Therefore, while the Mueller report shows that the “Trump Campaign was planning a press strategy, a communications campaign, and messaging based on the possible release of Clinton emails by Wikileaks”, Donald Trump was denying that the Russians were responsible for the hacked emails that Donald Trump was in fact looking for. Just imagine this scene: Donald Trump as the Republican nominee was in a chauffeured vehicle with Secret Service protection while sitting next to Rick Gates in the back seat. The candidate gets on the phone and speaks with an individual that informs him of future Russian hacked information via Wikileaks and Julian Assange. Candidate Trump used this information that he gained to gloat and coordinate with Rick Gates who was by then the campaign’s deputy chairman. The foreknowledge and lack of scruples means only one thing, that Donald Trump would betray America again in a heartbeat.

We have seen Donald Trump from the beginning of his presidency denigrate groups of people who he has felt threatened by either having the visceral political need to appease his base or seen even more clearly through the various smears of the Special Counsel and the Department of Justice itself when Mr. Trump feels legally threatened. In essence, the rule of law has been under attack. Lady Justice is doing her best to hold on, but it is our responsibility as Americans to ensure that Donald Trump is out of office by 2020. Due to the OLC memo that a sitting President not being indictable, a defeat of Donald Trump at the ballot box not only reaffirms our values as Americans but also allows Donald Trump to be eligible for being served and delivered justice for the myriad of crimes that he may have very well committed and is currently under investigation for. Remember, Donald Trump’s personal “fixer” and longtime attorney Michael Cohen is now doing prison time for crimes directed by who is known as Individual-1 in court documents out of the Southern District of New York. Individual-1 may have continued to become more blatant in his demagoguery in potentially riling up violence among his supporters if he was placed in an even more legally dubious position as sitting President, but now the excuse of legal action while as a sitting President will no longer be at play. It is our responsibility as Americans to share the facts and evidence about the Mueller report to the public; and then be sure that Donald Trump is voted out by the next election so that justice can finally be administered towards those evildoers who have done our country so much harm.

Sassan K. Darian is the founder of Facebook.com/StandWithMueller & standwithmueller.us. He is a passionate citizen who believes in putting country before party and reason over ignorance.