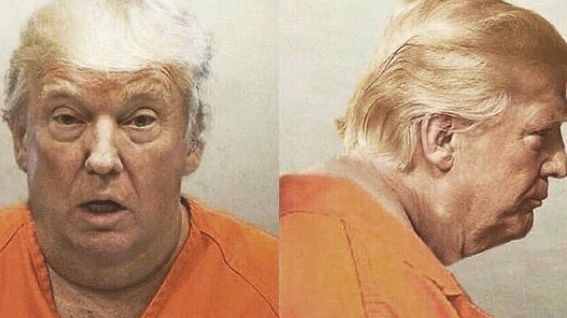 The “stochastic terrorism model” is one that has often been attributed to international terrorist organizations such as ISIS who have used their propaganda and rhetoric on the internet to inspire “lone wolf” terrorists throughout the world. We have sadly come to see these incidents play out in multiple cities throughout the world and this terror threat remains. On the other hand, what has not been discussed nearly enough is the clear fact that the current occupant of the Presidency of the United States of America also can be clearly defined as someone who is a “Stochastic Terrorist” immune to accountability by those in Congress who seek craven partisanship and pure unadulterated raw power, no matter the long term consequences to the American people and American nation.

When Cesar Altieri Sayoc sent mail bombs to the homes and offices of Maxine Waters, James Clapper, George Soros and others, the media simply dismissed it as the actions of a single individual and dubbed him as the “MAGABomber”. Mr. Sayoc’s lawyers in recent court proceedings have described how Donald Trump’s inflammatory rhetoric led him to become “obsessed with ‘attacks’ from those he perceived as Trump’s enemies.” When members of the media and the Boston Globe pushed back against Donald Trump’s inflammatory and anti-American rhetoric against the free press and the media, a Trump supporter was hatching a plan to shoot up the Boston Globe newsroom as Robert Chain referred to as “the enemy of the people.” On a Saturday morning in Pittsburgh, eleven innocent Jewish Americans were slaughtered by a gunman who used Donald Trump’s caravan rhetoric in which the killer not to be named here believed that Mr. Soros, a philanthropist along with other Jews were trying to bring caravans into America to turn the domestic population Hispanic. Donald Trump not only never apologized to this, but he doubled down. A malignant narcissist at its finest.

The above are only a few examples. There are many other cases of threats against Donald Trump’s perceived “enemies”, to plots disrupted, to acts of violence, murder and terror that have all been connected to Donald Trump’s inflammatory rhetoric. And unfortunately, it happened again today in El Paso, Texas in which Donald Trump’s rhetoric led to the deaths of innocent American civilians, including an infant child. Enough is enough. You can’t defeat an enemy until you call it for what it is. Donald Trump is a stochastic terrorist immune to accountability by power craven allies in Congress who have long sold their souls; and a Roy Cohn type Attorney General who has disgraced the office that he serves. As the good general Colin Powell has said, Donald Trump is a “national disgrace” and an “international pariah”.