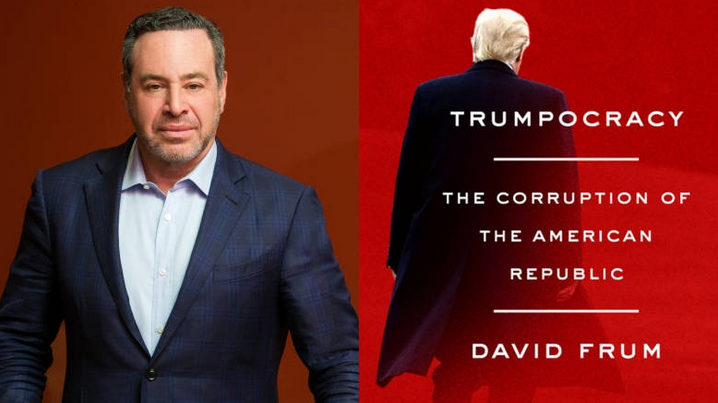 David Frum is an astute conservative intellectual who was senior speechwriter for President George W. Bush and is currently the senior editor at The Atlantic. He took the time out of his busy schedule to answer a few questions for us. You can also follow him on his Facebook page and Twitter page.

Mr. Frum, it is a pleasure and an honor to conduct this short interview with you. You mention in your new and prescient book, “Trumpocracy”, the lasting damage of Donald Trump may be the ways that he has violated both the written and unwritten norms of our country – most especially his attack on our institutions – what do you think is the most profound impact this may have on the future of our country and the lasting legacy this may leave behind? You offer hope near the end of the book on how this has galvanized patriots of all political stripes that may have never before been interested in government and civic duties, but in what ways do you think that the Presidency of Donald Trump will leave this mark for future generations to come?

Two impacts already look long-lasting: the harm done to US global leadership – and the degradation of one of the two great political parties.

How can a South Korean or an Estonian or anyone else who relies on US protection ever again fully and entirely trust the word of the United States? Things that once looked impossible have now happened. They are real-world possibilities that people must take into account.

At home, we have seen one of the two great democratic competitors rally around a figure they knew to be corrupt, abusive, authoritarian, and – to a greater or lesser degree -under the thrall of a hostile foreign government. That behavior will be hard to forget.

TWO IMPACTS ALREADY LOOK LONG-LASTING: THE HARM DONE TO U.S. GLOBAL LEADERSHIP – AND THE DEGRADATION OF ONE OF THE TWO GREAT POLITICAL PARTIES

While it is often said that history repeats itself, history is never repeated exactly of course. What parallels of history would you say that the tactics of Donald Trump and the time we live in today remind you?

I prefer the observation of a cherished history professor, “History never repeats itself, it only appears to do so to those who do not pay attention to the details.” I am most struck by the way that Trump – and those like him in other advanced democracies – is new. In the 20th century, would-be authoritarians were impelled by ideology, or at least pretended to be. Trump is a US imitator of the chauvinist repressive kleptocracy we see most fully perfected in Putin’s Russia. It has no positive message at all, it offers only resentment in service of corruption. 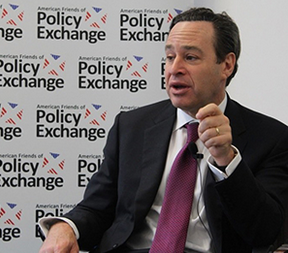 As many of our followers know, you were President George W. Bush’s senior speechwriter. Working with 43, what would be the best lessons you learned from him that may have influenced you or left a lasting mark on the person you are today?

I was only one among four writers! ( I try to resist the Washington disease of exaggerating my role in past events.) That said, I learned many things from him. Here’s one that I try to impart to rising politicians I meet: Your flaws can also be your strengths, if you have the wisdom to learn from them. “I believe in forgiveness because I have needed it,” Bush said in his speech accepting the Republican presidential nomination in 2000. Those words enabled flawed human beings – ie all of us – could see something of ourselves in this American aristocrat.

Away from the manners in which Donald Trump has violated the basic norms of decency and democratic governance, what would you tell potential readers the goal of your book is and why that it is different from other Trump books that have been published and have become popularized?

TRUMPOCRACY SEEKS TO BE BOTH ANALYTICAL AND INSPIRATIONAL, TO SHOW THE DANGER AND THE REMEDY

I took a risk in publishing early because I hoped to urge Americans to act before it was too late. Trumpocracy seeks to be both analytical and inspirational, to show the danger and the remedy.

As some may or may not know, you were a good friend of the late Christopher Hitchens (Christopher Hitchens was an astute intellectual, author and contrarian that passed away in 2011). What do you think he would say about the time that we are living in today? Additionally, can you briefly summarize in a couple of sentences what his lasting legacy is to you?

I loved Christopher and sorely miss him. He would derive grim pleasure from watching his least favorite people in American public life – evangelical leaders like Franklin Graham and Jerry Falwell Jr. – line up to confer God’s blessing on a rogue and crook like Donald Trump. Here he is talking about the Sr. Falwell pre-Trump (When Christopher Hitchens sparred with Hannity, whacked Reed and cheered Falwell’s death). Only imagine what he’d say about the convergence of the Jr. upon Trump!

For me, one legacy of Christopher is this: It’s possible both to be intellectually serious and morally intense – to speak forcefully and also eloquently. How often do we hear cable personalities say the equivalent of, “Oh yeah? Fuck YOU.” As if that conveyed any intelligent meaning at all! I sent three children through middle-school, I don’t need to hear middle school on the public platform or cable TV. (Read David Frum’s obituary on Christopher Hitchens’ here)

Some of them are so distracted by resentment and hatred that they cannot see even ten minutes into the future. Others shrug: the posthumous respect of history will not pay bills in the here and now. History can be forgetful; corrupt earnings prudently invested can last a long time.